Today Christy Sloat and Rockstar Book Tours are revealing the cover for THE ARCHIVIST, which releases May 28, 2018! Check out the gorgeous cover and enter to win a signed copy of book 1! 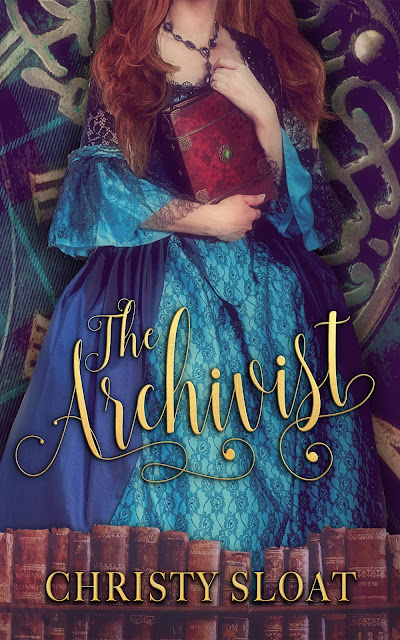 The Archivist by Christy Sloat
Series: The Librarian Chronicles #2
Published by CHBB on 2018-05-28

"With the whimsy of Alice in Wonderland and the romance of Outlander dive back into the next installment in the Librarian Chronicles."

Savannah Preston has a rare and precious gift: The ability to time travel through books. She, and others who share this unique ability, are faced with the insurmountable task of preserving history. They are known collectively as The Librarians.

While researching infamous Scottish outlaw Sir Malcolm Wash during the raging conflicts of the 14th Century, Savannah loses the only thing that tethers her to her own time. She must rely on her knowledge of both the present and the past to survive long enough to find a way home. Along the way, she enlists the help of a misfit named Eoin. With his guidance, she might just get home. It’s a risky and dangerous adventure, but then, so is Eoin…

Start the series with Book 1 today! 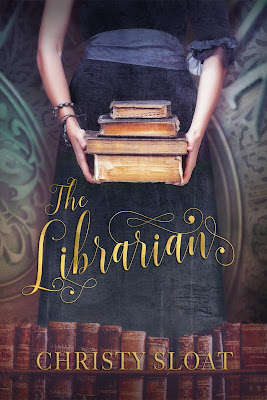 The Librarian by Christy Sloat
Series: The Librarian Chronicles #1
Published by CHBB on 2017-06-17
Length: 230 pages

Emme never meant to stay in Maine. She'd come only to find a librarian for her Gram's library, a custodian for the collection of mysterious books she'd promised to protect. On a dark, wintery night, alone in the library, she takes her first glance into one of the antique novels and finds herself transported to 1892 England staring into the eyes of handsome and dashing hero Jack Ridgewell. As each chapter passes she learns you can truly fall in love with a character in a book, that book boyfriends are real and Emme must choose between the real world, and his.

When the last page is read he's gone and Emme feels the cold loneliness of lost love. Will she find Jack again, or will their love be forever lost? The answer lies within the pages…

When I first met Jessa at my grandma’s funeral I hated her. Upon my first impression, I walked away thinking she was pretentious and rude. She wore a pink dress to a funeral. I mean who does that?

Then when I found out she was going to be my protector, I hated her even more. Jessa’s parents were high society and they were involved with my family in dealings with historical artifacts. They didn’t know my ancestors travelled through time, but they knew we were important historians and that we preserved facts. My grandma thought Jessa would be a good match to help me. I thought that she was senile and wrong and that it wasn’t going to work out, but I was wrong. We learned to like each other and then we became best friends. Turns out my grandma was right.

Jessa was my guide and I need more than just her friendship. While I travel through time she watches over me, keeping me safe. Jessa is also responsible for making sure my clothing is appropriate for the time frame, while also assisting me while I chronical what I have seen and what experiences I’ve gone through. She keeps notes on all of these things in her guide book, which basically makes her invaluable to me and to the work that I do. In order to travel through time you must have a guide you can trust, and I trust Jessa with my life.

The most important research was kept inside the blank pages of a book. Each mission yielded a new book. Once that book was full and our mission complete, it was sealed. I’m a librarian but not in the typical sense. I haven’t earned the proper diploma to get such a title. I, along with many others throughout the world, preserve the history of some of the most famous historical figures inside the blank pages of each book we are sent. The Librarians was founded by a famous scientist, Harold Lockhart. Lockhart wrote the formula for time travel in the only thing he had near him when it was fresh in his brain. That book wasn’t empty, it happened to be the history of none other than, Abraham Lincoln. After he wrote the formula, he was whisked away in time and came face to face with Lincoln himself. The talent to travel and record history was never his intention, but after he realized how wrong historians were about the president, he created the group of librarians. Lockhart put us in charge of libraries and their books. The sect of librarians were given their jobs and they went to work straight away.

I myself hope to achieve the goal of working in a library with the official title someday, which is what I’m studying in school. My intention is to host my own library and help archive important time periods through my research as well as artifacts, like my grandma did. Like all the women did who came before her.

All I know about my job before I travel is who I’m to research. Everything else is learned while I’m inside the book, or in other words, the past.

I’m forbidden to change history by becoming involved in the past or with my target. But I can become friendly with them and immerse myself in their world. It’s hard not to become part of it. While I’m there I am more than just a girl recording the true history. I become my character fully and truly; as if I really am who I say I am. I’ve been many different people, travelling five separate times into five people’s world. And each time I go, I’m nervous. It doesn’t take long to fill the pages the Historical Society of Libraries sends me. I’m currently one of the youngest on the East Coast. My job is taken extremely serious for I have wanted to do this for a long time. Now that it’s my job, I feel as if I am living the dream.

How could I not love it? I am a college student full time and on my off days I travel to the past. What is there not to like?

I am Southern California native, now living in New Jersey! How did that happen? I am married and have  two beautiful little girls who love to read just like Mommy. I have had a passion for books since I was a little girl and an imagination for just as long. I hope my books can inspire others to read and to write too.

1 winner will receive a signed finished copy of THE LIBRARIAN, US Only.

Mini-Review: Of Metal and Wishes by Sarah Fine