Happy Wednesday y’all! This week I’m eagerly waiting on The Frozen Prince by Maxym M. Martineau, the sequel to Kingdom of Exiles. I loved the first book in the series. I fell in love with Noc and Leena and the world Martineau created for them. If you enjoy paranormal romance, I highly recommend it. 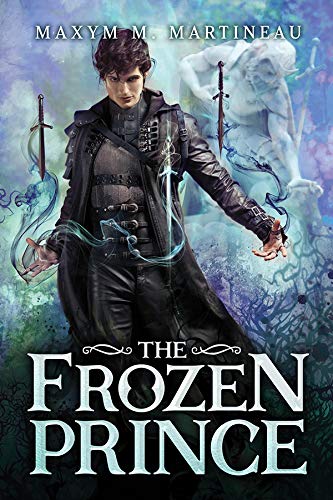 Noc Feyreigner, leader of the assassins of Cruor, is living on borrowed time. If he fails to kill his final mark―Leena Edenfrell―his own life will be forfeit. With the dark magic of Curor's Oath testing his control, Noc has to fight with everything he is to keep the woman he loves safe.

Leena would do anything to help Noc overcome the oath. So when she hears of a beast rumored to have the power needed to save Noc's life, she is quick to embark on an expedition to the frozen north. But what starts as a hunt for a magical beast quickly turns into Leena and her trusted band of assassins as prey...and time is running out.

Maxym M. Martineau is a staff writer and editor by day, and a fantasy romance author by night. When she’s not getting heated over broken hearts, she enjoys playing video games, sipping a well-made margarita, binge-watching television shows, competing in just about any sport, and of course, reading.

Following her passion, Maxym earned her bachelor’s degree in English Literature from Arizona State University. She is represented by Cate Hart of Corvisiero Literary Agency. Her debut, Kingdom of Exiles, is slated for release in June 2019.