Merry Mondays is a monthly meme hosted here @ Mom with a Reading Problem on the first Monday of each month and every Monday in December to celebrate the holiday season year round. Each month a different topic centered around the holidays will be discussed.

May is always a busy month: end of the school year, planning for Summer, birthdays and of course Mother’s Day. So this month’s topic is “Celebrating Mom! Who is your favorite literary mom?” I read a LOT of YA dystopia, and to be honest, parents are usually missing from these. They are either discussed vaguely and rarely show up in the story OR absent entirely. So finding a mom to feature today was a bit difficult. However one literary mom stood out to me and she’s not from my particular genre. Nope, instead it’s a classic and from one of my favorite authors: Mrs. Bennet from Pride and Prejudice by Jane Austen.

“It is a truth universally acknowledged, that a single man in possession of a good fortune must be in want of a wife.”

So begins Pride and Prejudice, Jane Austen’s witty comedy of manners—one of the most popular novels of all time—that features splendidly civilized sparring between the proud Mr. Darcy and the prejudiced Elizabeth Bennet as they play out their spirited courtship in a series of eighteenth-century drawing-room intrigues.

I recently had the pleasure of rereading (actually if we are being technical, I listened) to Pride and Prejudice. This has always been one of my favorite classics. I love the way Austen portrays Elizabeth’s prejudice and Mr. Darcy’s pride, how it keeps the two from seeing the other clearly, and ultimately how they fall for one another. However during this reread, I found myself drawn to Mrs. Bennet. What kind of mother rejoices at her 14 year old running off and getting married?! What kind of mother forces her daughters out into society to find a suitable husband at a young age? I’ll tell you what you kind: one that loves her daughters.

To understand Mrs. Bennet, you have to understand the history surrounding/time in which this book was written. During this particular period in Great Britain, the ladies far out weighed the men…nearly at a 2:1 ratio. In addition, women stayed home, keeping the house and having book smarts was frowned upon. Instead (as Miss Bingley comments on in the book) women were desired for the “accomplishments,” which included knowledge of the arts: music, singing, dancing, painting, etc. With no sons, the Bennet’s land would pass to a distant cousin, leaving the girls and Mrs. Bennet destitute. It’s mentioned briefly in the book, but for someone reading at the time it was published, it would be a great burden to have five daughters and no son. 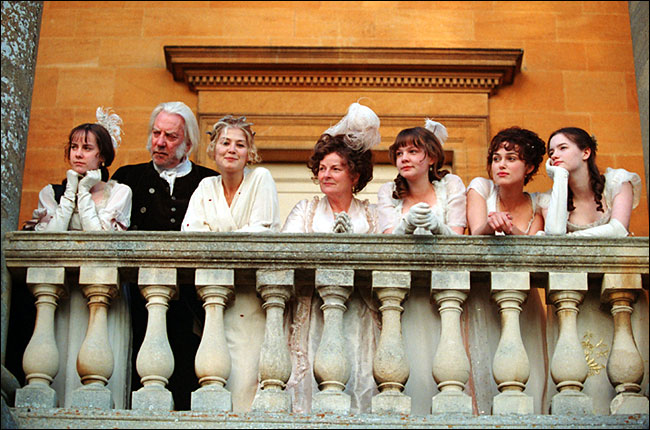 All that history puts Mrs. Bennet’s character and actions into perspective. As a mother myself, I want the best for my children and I know that is where Mrs. Bennet’s heart lies as well. She wants the best for her daughters. To get that, they must find suitable husbands AND if they produced a grandson, then the women in the house would be safe. As the grandson would inherit the property on Mr. Bennet’s death. A convoluted way of showing love, yes, BUT Mrs. Bennet’s actions are for her daughters and you have to love her for that 😀

Your Turn! Who is your favorite literary mom? Share below