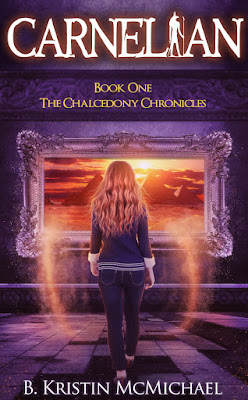 Blurb:
Everyone has a past, but for most it isn’t so far in the past as Seth Sangre. His past is literally from thousands of years ago. Seth’s past led him to the present seeking something that might help him save his country from destruction. He has been in the present for over three years now, and he just found exactly what he has been looking for. Mari had dreams of college being a fresh start, one where she would start over and not fall for the good looking player like high school. Unfortunately for her, that’s exactly what ends up falling into her lap on the first day she moves into the dorms. Now she has to hold to her promise to herself not fall for the handsome Seth Sangre. But he doesn’t plan to make it easy for her. Seth has already marked her as his next conquest.
As the semester progresses, Mari learns that Seth might just have a past of his own that’s literally in the past. Suddenly, Mari finds her future along with her past put into question. She’s connected to Seth far more than she ever wanted to be, and maybe he isn’t the player who she thought he was. If Mari can trust her heart enough to follow him, Seth will lead Mari on an adventure of a lifetime-and reveal family secrets she never knew existed. 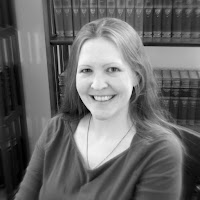 B. Kristin McMichael is the author of YA and clean NA paranormal fiction. Her

I closed my book and looked up from under the maple canopy to the blue sky above. I had a normal life, but girls in books always went on adventures. I guess that was what going far off to college was to me, an adventure. My future was already planned, but I’d give anything to be one of those heroines. I wanted to live the life I found in these books. I was still lost in thought over the ending when there was a thump on my lap. College students were walking all around and a few tossing a football between them. I looked down expecting to see a football.
It wasn’t a football. The head of a perfectly cute guy was lying across my lap. He had tipped over from sleeping next to me and stayed fast asleep, even after his fall. I looked at him and waited for him to wake. I mean, his fall startled me out of my daydreaming. He didn’t wake. He kept sleeping peacefully.
He was gorgeous—-underwear model material. His dark hair had a glint of red in it and was splayed across his forehead. He had high cheekbones and perfectly-shaped lips. Stubble ran across his cheeks, and it seemed like it had been days since he had shaved. I looked at his fluttering, sleeping eyes and wondered what color they were. Mystery man just kept sleeping, like he had often found himself on unknown girls’ laps, and it didn’t bother him. I needed to move soon, but I was stuck, and I couldn’t help but admire him. He had his shirt off. It was draped partially over his shoulder now, but mostly on the ground beneath him. My eyes wandered down him to find he was very fit. All of the muscles around his shoulders and arms were perfectly defined, along with his washboard abs. His athletic shorts were low on his hips, showing off more than I had been close to in a long while since I’d attended an all-girls high school. I turned my head away before my eyes drifted any further. I had to stop checking out this guy. I mean, yes he literally fell into my lap, but I was beginning to feel like a creeper. How could he still be sleeping?
He murmured a few words in his sleep. “Maat mitra.” I didn’t know what that meant, and I was sure they were another language. Beautiful boy spoke another language, at least in his dreams. A language I had never heard. He continued to talk softly enough that only I could hear him, but none of it was in English, or any language I knew, for that matter. He was foreign, beautiful, and laying across my lap half naked. If I were a bit bolder in my ways, I’d say I hit the lottery. This was going to go down as the oddest start to my school year, but an embarrassing one once he woke up and found me drooling over him.

Weekend Reads #100 – The Emperor of Evening Stars by Laura Thalassa