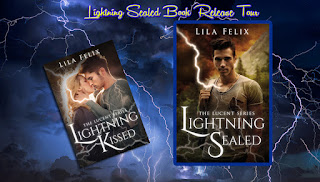 "No matter what his words conveyed, Theo would leave me soon. It was just a matter of time."

The Fray is calling Theo. Every day, the voices get louder. Every minute, he gets pulled closer. Every second, their love is tested. Their life is a constant question of who they can trust and who they can't.

Sanctum, Theo's brother and enemy, stalks them like a predator, waiting for his chance to pounce.

Colby will be left with a decision. She can wither like the mates of Eidolon before her or she can go after the Synod, the women who murdered her grandmother, while Theo is gone.

With Theo missing and Colby desperate, Sanctum is only too eager to fill in…

Interview with Theo from The Lucent Series

Theo flashes into the room where I am and despite my writing the book about his kind, it scares the hell out of me.

Lila: What the hell, Theo? You couldn’t have flashed outside and knocked on the door?

Theo: Well, that wouldn’t have been any fun to do that.

Colby flashes into the room with a grin.

Colby: Come on, babe. I had to. Who else can claim they were in five countries in three minutes?

Lila: You could always take me with you.

Theo: I think we have enough on our plate. Maybe after…you know Sanctum chasing us and The Fray crap. Can we just get over that first? Then, I promise, we will all take you around the world in seventy seconds.

Lila: *crosses arms* Fine. This interview sucks. We are just talking. I’m supposed to ask you some deep and tantalizing questions.

Colby: Oh, deep questions? You should’ve called The Viking for that. Not us. I don’t do deep or—you know—emotions.

Lila: You two are weird. Next time find me Sanctum to interview. At least he will try to murder me or something. Y’all just fly around the world and then gloat about it. I created you. Fly me to France, damn it.

Colby and Theo flash away and Sanctum fills their absence.

Sanctum: They were here. I felt them.

Lila: *shrugs* As usual, you’re a step behind. Always will be.

Sanctum: If you hadn’t created me, I’d end you.

Sanctum flashes away and Lila is left without an interview and still in Louisiana instead of Paris.

Ari concurred. “It was strange, wasn’t it?”

“But that’s not why you called me here. You called me to see if I’ve been keeping company with someone who died over half a hundred years ago. Sorry, no corpses in my closet. Unless he’s a zombie. Double-eeew.”

I could play the ditsy blonde ‘til the cows came home.

“Did you see that episode of The Walking Dead where just the torso of that woman was crawling around?
I almost threw up.”

Ari talking about The Walking Dead making her throw up was the closest thing to the truth this room had ever seen. She did throw up during every episode—but still was a loyal watcher.

“Damn it, Colby. You know what we are talking about! We mean Torrent.”

I loved driving people so mad that they gave up their own secret information.

“Torrent? Theo’s brother? He’s been gone since we were kids. You found him?”

I was aggravating myself at that point.

“Colby, I warn you. Any more of this mindless chatter and we will retaliate.”

“How? My mother is gone and you’ve already taken care of my grandmother. And Ari—I don’t even really like her.”

The anger could be seen gurgling in Regina’s eyes. It made the shit bubble brown where the white used to be.

“Has he traveled to the fray yet? Has he worried you with how long he was gone? Did you think you may have lost him forever? Did you think for once that his mission is more important than your love?”

“Wait!” Ari stood and I could see the wheels turning in her head. Every once in a while she got her act together.

“What?” I stood with her, thinking it was just another cooky distraction.

My face flushed. She just let the bird out of the cage. 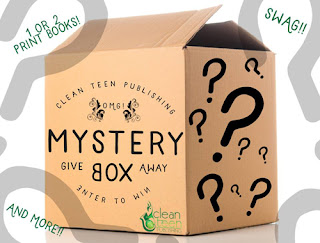 Colby Evans can leap from one country to the next in a heartbeat. She can see every sunset in every time zone in the same day. She can travel across the world in a flash. She defies gravity and physics with every breath she takes. She's tested her abilities and found them limitless.

She is the lightning. She is Lucent. And nothing can stop her.

Theodore Ramsey isn't supposed to be able to flash like Colby. The power of travel is passed on from mother to daughter in their people. Except once in every hundred generations.

Theo is the one.

He can flash like Colby. And it makes him a target to their enemies and to himself. His abilities change everything he knows about life and throws his future into an uncertain tangent. In fact, the only thing certain in his life is the love he feels for Colby.

Their love defies time and space and has been the only constant thing in their lives since childhood. But even their infallible love will be stretched to its limits.

Lila Felix is full of antics and stories. She refused to go to Kindergarten after the teacher made her take a nap on the first day of school. She staged her first protest in middle school. She almost flunked out of her first semester at Pepperdine University because she was enthralled with their library and frequently was locked in. Now her husband and three children have to put up with her rebel nature in  Louisiana where her days are filled with cypress trees, crawfish, and of course her books and writing. She writes about the ordinary people who fall extraordinarily in wild, true love.