Today I am so excited to participate in the Blog Tour for True Calling by Siobhan Davis. It’s a wonderful blend of true science fiction and dystopia which you all know I love 😉 Keep reading past my review for an excerpt of the book and a tour-wide giveaway!

Welcome to Novo: Your new home in Space

For Ariana Skyee, Planet Novo was everything it promised to be until the authorities introduced "The Calling" as their response to repopulation. Now, all seventeen-year-olds are to participate in this Bachelor-style pageant to find their perfect match, marry, and have children.

But that’s not Ariana’s only concern. Thanks to the government-sanctioned memory erase, she has no recollection of Zane, the mystery boy who haunts her dreams. Things are further complicated when the pageant commences and her feelings for fellow Cadet Cal Remus intensify. Together, they start to realize not everything about their new home is as it seems.

Entangled in a dangerous web of deceit, Ariana sets out to identify the truth. Conflicted over warnings that Cal isn’t trustworthy and alarmed at the government's increasing interest in her, she doesn’t know where to turn. But her search for the truth comes at a high personal price. When her world implodes, discovering the past shapes her future with devastating consequences.

True Calling by Siobhan Davis is book one in a new Sci-Fi dystopian world. Ariana Skyee is seventeen, training to be a soldier (by her choice), in her new world Novo. Two years ago, her and her family were evacuated to the planet when Earth became uninhabitable. The new government erased everyone’s memories of those left behind leaving many confused and feeling as if something or rather someone is missing. As Ari’s family starts to fall apart, the government announces their plans to repopulate the human race in the form of “The Calling” and Ari along with all seventeen year olds are forced to marry and mate (for lack of better term). Plagued by dreams of a boy she doesn’t know and falling in love with a boy she shouldn’t, Ari starts to uncover the government’s dark secrets.

Okay I’m going to level with you all….I really loved this book! I liked the characters, the writing, the plot, the world-building….all of it. So yes, there will be fangirling (a lot of it) in this review. And I’m not going to apologize for it 😉

Ariana is a strong character and a decent female lead. I’ll admit that at times I felt like she was a bit dramatic, but it’s in our nature as girls to be that way. What I loved about Ari though is her devotion to her family, despite all odds. She loves them and will do anything for them, even participating in the horrible pageant. 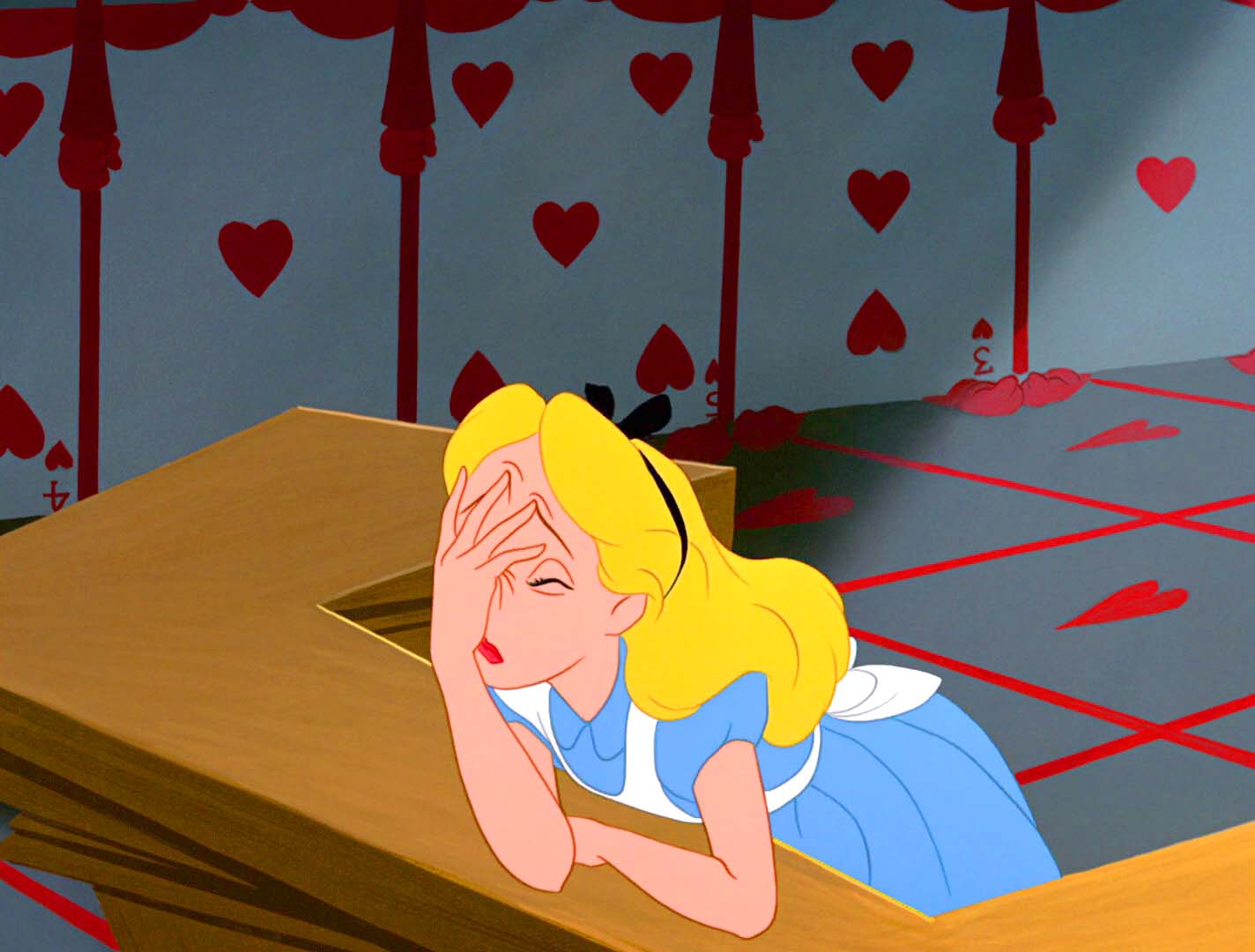 Ugh…the Calling…what can I say that isn’t a spoiler?! The Calling is the government’s way to control who you sleep with…end of story. Not really! It’s very reminiscent of a bad reality TV show…you know the one. I think it starts with a B 😉 All boys and girls, seventeen years of age, are matched with ten perspective people to be their mate. Over a course of weeks the government and all parties involved (along with the adoring public) will vote on who you are to marry. Obviously our Ari is against this from the start and has every right to be!

With the Calling, comes Cal Remus, also seventeen and extremely good-looking according to Ari but also knows it…yeah he’s that kind of guy. Or at least Ari thinks he is. Slowly his character is revealed and I found him quite charming but I felt like something was off. I don’t know why, just my opinion.

Then there’s Zane from Ari’s dreams. She doesn’t know if he exists or not. If he does, she has no memory of him and no idea what their relationship was or is. (The whole memory wipe thing is a tad confusing…). But for some reason she is connected to him and is determined to figure out how.

Ari’s world is fascinating to me. She lives on a planet called Novo, just 12000 miles from Earth. The government was gone to great lengths to make the world like Earth. Each region is fashioned after places from home…Hawaii, New York, Colorado just to name a few. But it’s too neat and too clean…too perfect. Ari comments on how the lines are too even, which in my brain makes sense and I kept picturing something like the movie The Truman Show where looks were deceiving and Truman lived inside this town/dome unaware of the world outside.

Overall I thought the book was fantastic! The author did a wonderful job of conveying the character’s emotions and her world. I felt like I was there in Novo, thousands of miles from a desolate Earth. I can’t wait for the next installment in this series 😀 If I have any complaints (which really they aren’t complaints, more of just I want more) it would be that whatever happened on Earth isn’t explained. So why they had to evacuate isn’t mentioned other than the Earth was no longer habitable. There was also a hint of aliens with a mention of “we know now we are not alone.” Creepy goodness! Also I smell a love-triangle coming with mystery boy and Cal, but as I’m indifferent to Cal I say bring it on! If you enjoy science fiction, dystopias, and of course young adult fiction, I highly recommend you check it out! I believe you will love it as much as me! Well maybe not as much as me, but you get the picture 😉

The rest of Sunday passes by in a blur; I am deeply perturbed. I lock myself in my room and try to read a book, but I can’t stop my mind from recalling everything that my father has told me. I don’t understand exactly what’s going on within government circles, but I know enough to determine that the fragile fabric of society is under silent threat. I wonder if the president ever thinks that things might have been better if we’d all just stayed on Earth and tried to rebuild our lives there. While I’m afraid at this latest turn of events, I also feel somewhat invigorated; perhaps there’s hope that things could change for the better. When nightfall arrives I drift into a troubled sleep.

Zane is walking alone in the dark. Someone grabs him from behind and pulls a black cloth bag over his head. Two pairs of arms propel him forward as he thrashes about in vain.

I wake screaming loudly and the Medicet is there in a flash. The sedative knocks me out and I sleep right through my alarm. Damn, I could really use a run, I do my best thinking and de-stressing when I’m out on the track but there’s no time.

I make it to the convention center with minimal time to spare.

The conversation with my father, and my most recent dream of Zane has me completely on edge. Every part of my body feels tense and my entire upper back feels like it’s in a million knots; I shrug my shoulders in a desperate attempt to loosen up. Today is the Talent Showcase and at least this activity doesn’t require any fake expression of excitement on my part; it’s been so long since I’ve indulged in painting. I included my oils, canvases and easel in my travel allowance when we first came to Novo, but they quickly ran out and it’s been near impossible to replenish my supplies. I’ve been itching to paint ever since.

I make my way to the fifth floor as instructed and knock on room 5314. I’m immediately welcomed into a small square room, decorated sparsely in white. A large, stout man rises to greet me from a long desk at the right-hand side of the room; he formally introduces me to his two companions. In the middle of the room is a large canvas, resting on an impressive easel, with a huge expanse of oil paints in every conceivable color. I feel like I’m eight years old again and it’s Christmas morning. I let out a squeal of delight. The assessors nod agreeably to one other. My dad’s words replay in my mind and I know this is the type of enthusiasm I must replicate at all stages of the pageant.

I don’t need to think about what to paint: I recreate the woodland from home. The contrasting shades of green depict the different trees as I recall them. The sun shines in shafts of light through the branches, the dirty brown earth is underfoot and the birds are high up in the blue sky. I include a small stream that ran perpendicular across the expanse of the northern edge of the wood and I decide, on the spur of the moment, to paint two joggers running through the woods. I stand back to admire my work; it’s one of the best I’ve ever done. I turn and look at the panel as they rise to inspect it.

USA Today bestselling author Siobhan Davis writes emotionally intense young adult and new adult fiction with swoon-worthy romance, complex characters, and tons of unexpected plot twists and turns that will have you flipping the pages beyond bedtime! She is the author of the international bestselling True Calling, Saven, and Kennedy Boys series.

Siobhan’s family will tell you she’s a little bit obsessive when it comes to reading and writing, and they aren’t wrong. She can rarely be found without her trusty Kindle, a paperback book, or her laptop somewhere close at hand.

Prior to becoming a full-time writer, Siobhan forged a successful corporate career in human resource management.

She resides in the Garden County of Ireland with her husband and two sons.

Enter for your chance to win a copy of True Calling!

Waiting on Wednesday #84 – The Great Pursuit by Wendy Higgins

Review: The Heir and the Human by Siobhan Davis

Mini-Review: A Thousand Pieces of You by Claudia Gray

Review: Rise of the Witch by Rebecca Ethington